On November 21, 1980 the second worst highrise fire in the country consumed the MGM Grand Hotel in Las Vegas.  The guest tower was 26 stories and was originally constructed in 1973.

While Hellman & Lober was not part of the original design team for the MGM Grand Hotel project we were contracted by the Owner to provide mechanical engineering for the restoration of the Hotel.  The team was headed by Allen Lober and as part of the restoration, the mechanical systems were significantly redesigned developing strategies that were eventually adopted into Clark County’s Building Code and later adopted by the Uniform Building Codes.

There were 87 deaths and most of them died in their guestrooms.  In many cases, the deaths were attributed to the high temperature of the fire which changed the chemical properties of the PVC storm drainage piping (8” and 10” pipes routed below the tower superstructure).

When PVC is heated or ignites it releases carbon monoxide, carbon dioxide, and hydrogen chloride gas… those deadly gases spread through the tower through the elevator shafts and the seismic joints. The gases were not conveyed through the airstream of the mechanical systems; so why so many deaths?

The ventilation air sources engineered into the original design of the guest tower allowed those gases to be drawn into the guestrooms at the guest entry door undercuts.  The 1970 Codes allowed for the pressurization of the double loaded corridors (guestrooms on both sides of the corridor) and that pressurization of the corridor of conditioned air mixed with the toxic gases drawn through the elevator shafts and seismic joints was drawn into each guestroom from each guest’s entry door by the bathroom exhaust fans.

The bathroom exhaust systems operated continuously and it was that exhaust system that enabled the air to be drawn into the guestroom from the entry door undercut.  Some of the survivors were able to see smoke drawn into their rooms at the doors and had the presence of mind to block the undercuts with wet towels…unfortunately others didn’t know! 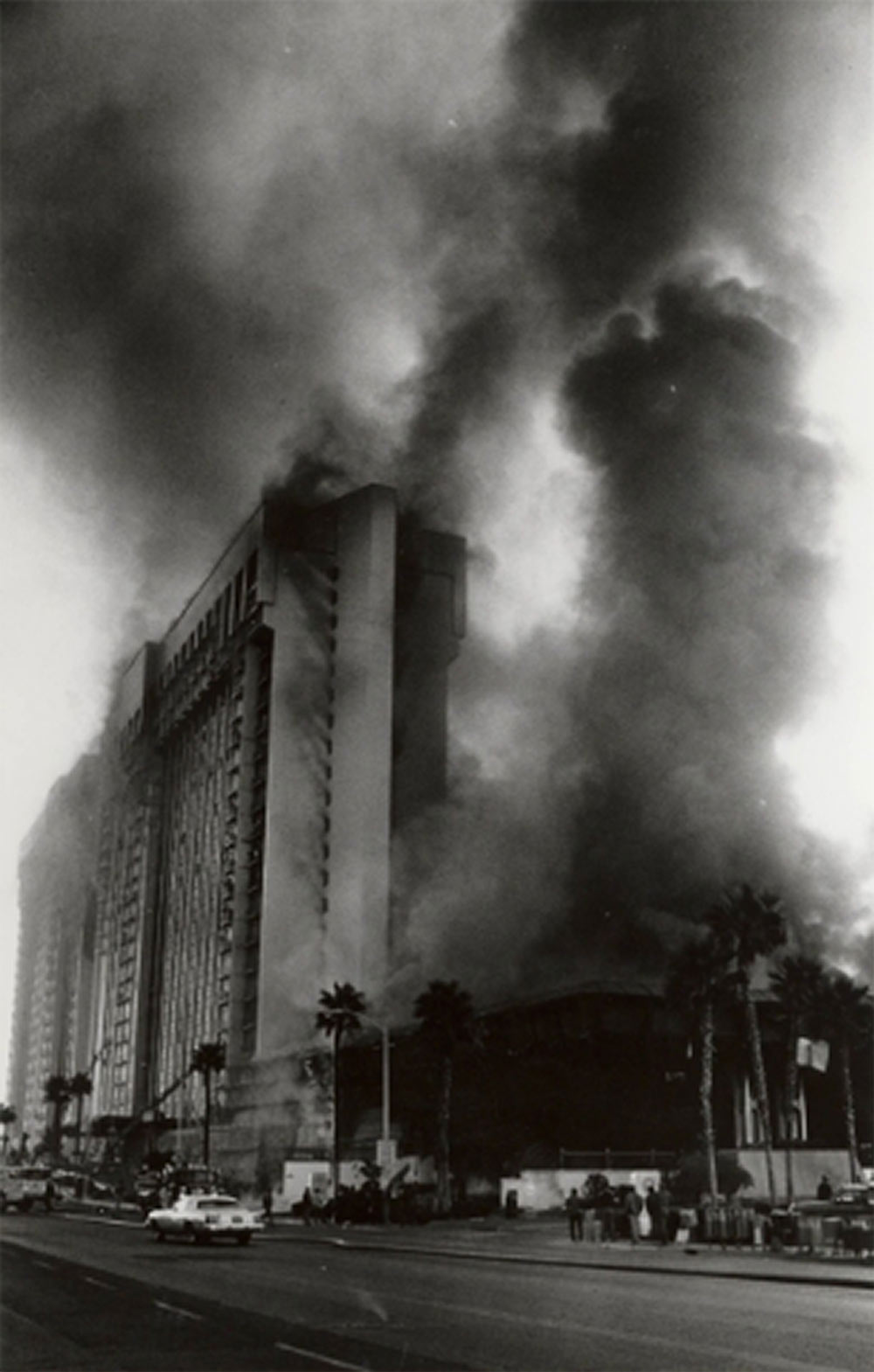 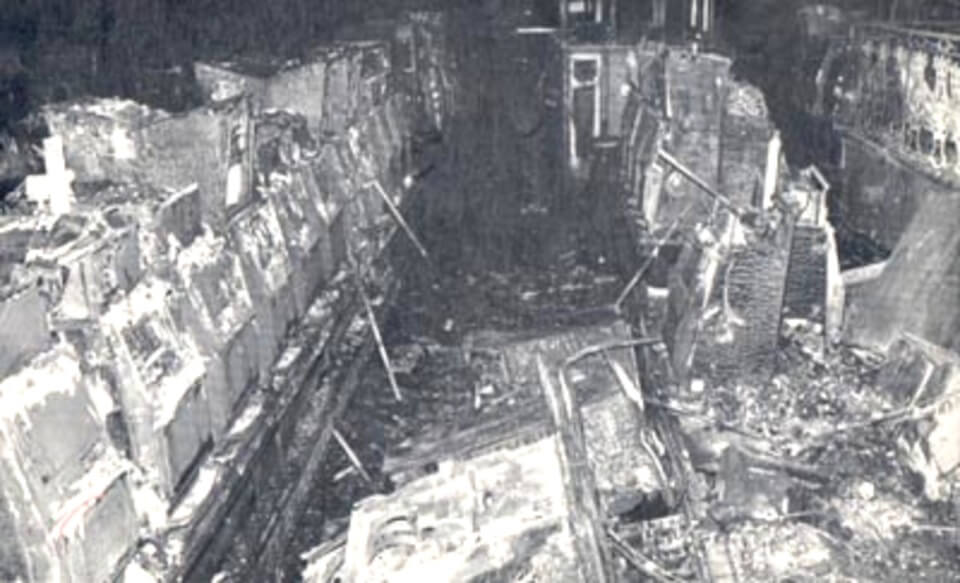 The design change that was implemented replaced all the exterior windows of the guest tower with window assemblies that were operable allowing the windows to be partially opened to draw outside unconditioned air into the guestrooms.  The air supply to the corridors was reduced to minimize the pressurization impact allowing the required ventilation to be drawn from the outside.  That provision still applies in many of the model Codes in the United States.

Control of the heating, ventilation and air conditioning fans were re-considered as part of the renovation so that upon detection of smoke the controls would disable the supply fans and the exhaust fans so that interior contaminants and outside smoke would not be drawn into the guestrooms.  While the principal damage from the fire was limited to the lower floors that housed the restaurants and casino the repairs included the guestroom changes.  Hellman & Lober staff was on-site within weeks of the fire providing construction documents for the repair contractors to construct the repairs and in a period of 8 months following the fire, the Hotel was re-opened.

Hellman & Lober was the engineer-of-record for the International Hotel that opened off the strip on Paradise Road on July 2, 1969 and later renamed the Las Vegas Hilton Hotel.  While the hotel was undergoing fire protection improvements there was an arson fire at the hotel…81 days after the MGM Grand Hotel fire in November.

In 1985 the MGM Grand Hotel was sold to Harrah’s Hotel and was rebrand the Bally’s Hotel.

With ownership changes often times there is a desire to engage different Architects and Consultants…we did some remedial improvements to the Bally’s after the ownership change, but eventually new A&E teams were engaged by the Owner.

The Legacy of the project is our contribution to improvements to fire and life safety Codes that eventually were adopted and represented the most significant changes to the Codes in 50 years.