California continued to linger in recession for three additional years.  Construction projects in California continued to be stagnant in 1992 to 1995.  Competition for projects was extraordinary, however in October of 1995, we were approached by the Architectural firm Klai Juba Architects in Las Vegas to be considered as the Mechanical Engineering consultant for the proposed guestroom tower expansion of the Luxor Hotel in Las Vegas. 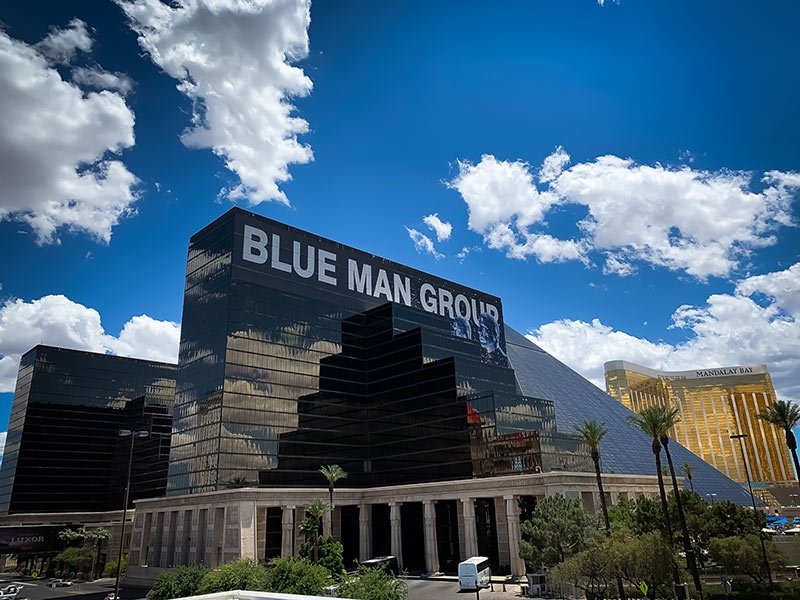 The expansion was conceived as twin ziggurat towers with 1,000 guestrooms in each of the 22 story towers.  While it took about a month to solidify the initial scope, the project was kicked off on January 3, 1996 in Las Vegas.  But this wasn’t the normal kick-off meeting for the commencement of schematic design services; January 3rd started the simultaneous kick-off of the production of the construction documents and the start of construction.  The construction industry recognizes various project delivery methods including Fast Track which requires certain coordination between the engineering group and the mechanical contractor.  We had the distinct pleasure to be partnered with Hansen Mechanical who was the premier mechanical contractor in Las Vegas; we had worked with them on many hotel previous renovation projects in Las Vegas.  However, this project was remarkable in so many ways.  The twin ziggurat towers were completed and occupied prior to Christmas 1996 less than 12 months following the kick-off meeting in Las Vegas.

The project scope initially focused on the towers but quickly expanded to include a central energy plant expansion that included 2 additional 1,200Ton chillers, 2 steam boilers for the kitchens, additional cooling tower cells and distribution pumps.  The scope included the complete renovation of the First Level of the Hotel that included a new Steak House Restaurant, a night club and the legitimate theatre.  While the renovation within the Pyramid extended into the 1997 and 1998 opening the guestrooms in less than 12 months was an extraordinary feat that we all shared.

The Plumbing subcontractor was Desert Plumbing and the plumbing designer responsible for the Project was Douglas Phillips.  The prosecution of the project required that we meet in Las Vegas every Monday.  Because of the recession our firm had significantly downsized.  Arturo Quesada was the mechanical designer…each week we would fly to Las Vegas for the day.  We would meet on-site at 9:00 am and Stephen Hellman would meet with the Architects in their office at 1:00 pm along with the Structural, Electrical, and Plumbing consultants while Arturo would work with Hansen Mechanical in their trailer to about 4:00 pm when we returned to the airport.  At least one occasion I met Doug Phillips on-site in the Desert Plumbing trailer to review the scope of work between Mechanical and Plumbing…I was introduced by Doug to his son Steven Phillips who was doing the Plumbing detailing for the Project.  It was five years later that I received a resume from Steven and in 2001 he started with Hellman & Lober.