The original Hotel Grunewald in New Orleans, Louisiana was constructed on Baronne Street, was 6 stories tall and had 200 guestrooms.  The Hotel opened December 1893.  Louis Grunewald planned and constructed the Grunewald Annex which connected the Lobby between Baronne Street and University Place.  The Annex was 14 stories tall and had 400 guestrooms.  It was part of the Annex construction that “The Cave” was constructed in the Basement which included waterfalls, stalactites, glass topped tables and statues of gnomes and nymphs; some considered “The Cave” the first nightclub in the United States.  The Annex opened January 1, 1908.

Theodore Grunewald (Louis’ son) sold the Hotel to a business group in early 1923 four years after the 18th Amendment was signed into law that triggered the Prohibition era.  The business group was headed by the Vacarro family.  They immediately planned the demolition of the original Grunewald Baronne Tower.  During that construction on October 31, 1923 the Hotel was renamed The Roosevelt Hotel in honor of President Theodore Roosevelt, whose efforts to construct the Panama Canal had a tremendous financial impact on the City of New Orleans.  Two years later, on October 1, 1925 the new Baronne Street tower was opened; it was 16 stories (211 feet above the street).

The Hotel was sold to New Orleans Roosevelt Corporation headed by Seymour Weiss who had started his career at the Hotel as the barber shop Manager.  He was later promoted to the Head of Publicity and Conventions, followed by Associate Manager, Assistant Manager, and eventually General Manager of the Hotel.  The sale to Weiss’s group was finalized December 12, 1934 one year following President Franklin Roosevelt signing the 21st Amendment that repealed the 18th Amendment and the end of the Prohibition era.

It was under the guidance of Seymour Weiss that the Romanesque Room, later renamed the Venetian Room and finally the Blue Room opened December 31, 1935 and was for decades the premier music venue in the City that included Glenn Miller, Tommy Dorsey, Sammy Kay and Guy Lombardo.  The construction of the Common Street Building in 1954 presented an opportunity to Mr. Weiss to lease 7 floors of the building on University Place; the improvements increased the room count to 900 and the construction of the International Ballroom that could accommodate 2,200 attendees.

On November 19, 1965 Seymour Weiss agreed to sell the Hotel to Benjamin and Richard Swig, the owners of the Fairmont Hotel San Francisco. Under the ownership of the Swig’s, limited improvements were made principally cosmetic in the look and design of the Hotel.  In 1994 Lewis Wolff with partner Phillip Maritz founded Maritz, Wolff & Company who had purchased a major controlling interest in the Fairmont Hotel and Resort Americas chain that included the Fairmont Hotel New Orleans.

In August 2005 Hurricane Katrina hit New Orleans and with the failure of the levees caused significant damage to the Hotel; it was closed along with most of the City of New Orleans displaced.  Damage was profound around the City with the exception of the French Quarter; why… the French Quarter was constructed about a foot higher than the surrounding City.  The insurance underwriters controlled the scope of the reconstruction; planning was started, demolition work commenced but by March 2007 all work was suspended.

August 2007 Maritz Wolff & Company (Roosevelt Ventures, LLC) agreed to sell the Hotel to Sam Friedman’s Dimension Development Company who under the stewardship of Eric Arender, Vice President of Construction restarted the construction.  The scope of the re-construction expanded beyond the guestrooms to replace the entire building’s MEP infrastructure.  Dimension Development concept was to restore the Hotel to those grand days of the 1930’s and 1940’s restoring the Sazerac Bar, restoration of the Blue Room, introducing John Besh’s Domenica Restaurant and construction of a Guerlain Health Spa.  Dimension Development inked a hotel management agreement with Hilton Waldorf Astoria to manage the restored Hotel and on October 23, 2009 with pomp and circumstance re-opened The Roosevelt Hotel, a Waldorf Astoria Collection.

Lewis Wolff engaged Hellman & Lober for multiple hotel projects over the course of more than 20 years prior to forming Maritz Wolff & Company…as the New Orleans asset challenges exposed themselves Maritz Wolff & Company in 1999 turned to Hellman & Lober to conduct a multi-faceted property assessment; we engaged an Architect, an Electrical Engineer, a Food Service Consultant and a Laundry Consultant.  The findings were startling by 1999 standards; the guestroom tower air conditioning equipment was the original system constructed in 1906-1908; a dual duct heating and cooling system with rooftop outside air dehumidification units that supplied dehumidified air source to the air handling units on each guestroom floor.  The floor air handling units were configured for constant volume dual duct; heating and cooling coils internally designed to distribute on each floor parallel “hot” and “cold” ducts.  Each guestroom was fitted with a thermostat that was connected to the “hot” and “cold” duct with control dampers allowing constant air flow into each guestroom varying the temperature by changing the proportion of hot and cold air supplies; for its time it was a very forward and innovative approach and some have suggested that the Grunewald Hotel was the first Hotel that was air conditioned. The return air flow path was through the guestroom corridors with grilles from each guestroom opening into the corridor and that air drawn to the air handling unit on the floor.  During the course of early room renovation projects the Louisiana State Fire Marshall insisted that as each room was remodeled it be fitted with a shutter-type fire damper to protect the exit corridors on each floor. 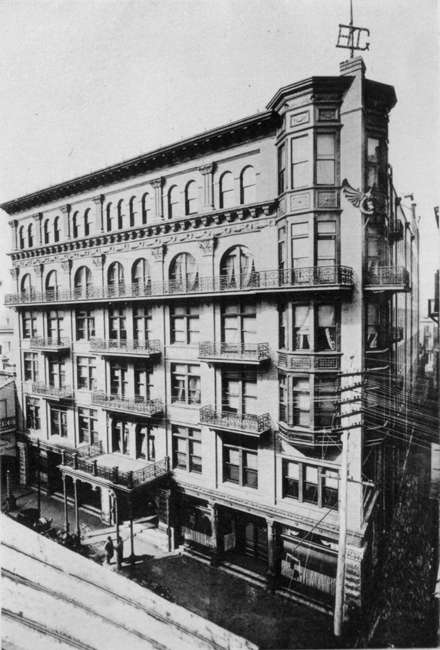 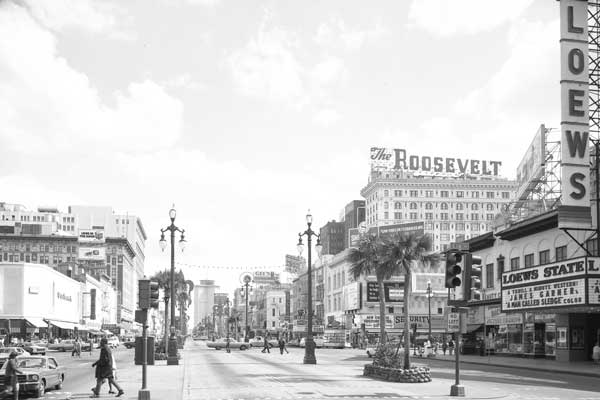 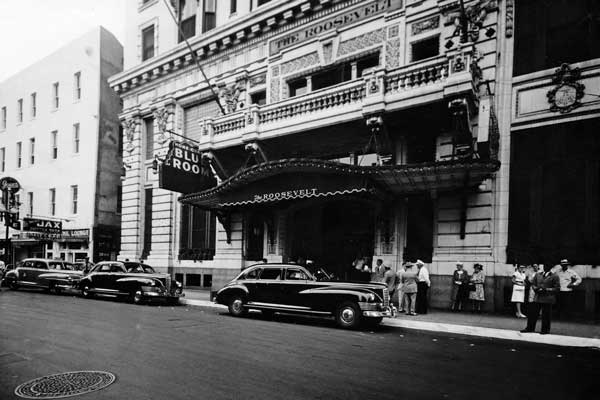 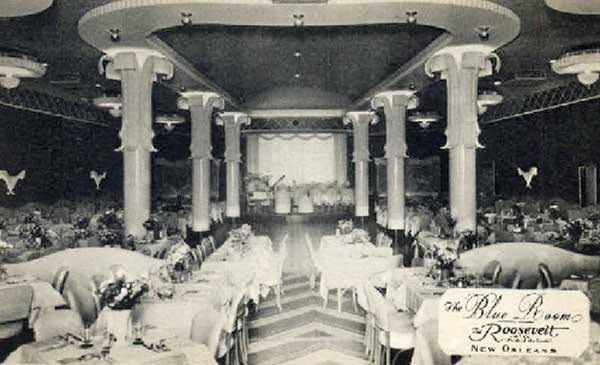 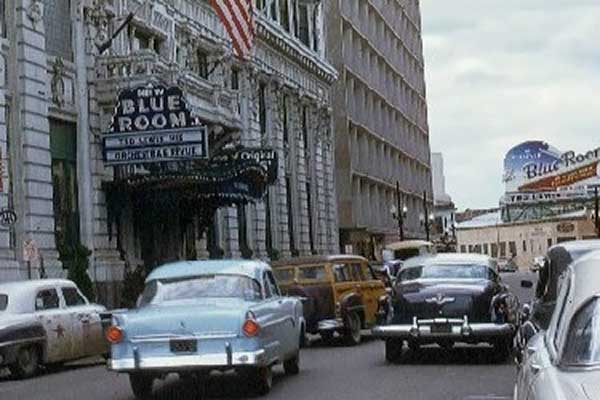 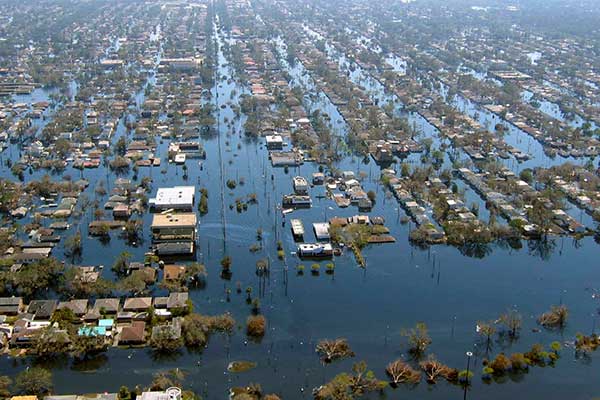 The central plant was constructed as a multilevel space that consisted of two steam boilers at the alley level that in 1908 connected to steam absorption chillers in the basement to produce chilled water as well as heat exchangers to produce the heating hot water and domestic hot water systems for the hotel.  The absorption chillers prior to the Maritz Wolff & Company ownership had been replaced with electric centrifugal chillers however the steam boilers remained.  The chillers, heat exchangers and the electrical switchgear were all located in the basement.  There were also 76 air handling units of various types that provided heating and cooling air distribution to the First and Second Floors that housed the meeting and convention facilities as well as the Lobby, the Sazarac Bar, the Sazarac Dining Room, the Kitchens and the Blue Room.

It wasn’t until 2001 when commissioning of the two steam boilers became a continuous issue with the City of New Orleans that Maritz Wolff & Company authorized Hellman & Lober to develop a strategy to remove the steam boilers.  While steam was the primary source for the space heating and the domestic hot water heating the proposed solution would be gas-fired water heaters for the domestic hot water systems and gas-fired heating hot water boilers for the heating systems.  One steam boiler would be removed to clear space for the new gas-fired water heating equipment which meant that the building heating had to rely on a 93 year old steam boiler to support all the heating for the building during the construction period.  The design engineering, demolition and construction were completed in November 2004.  August 2005 Hurricane Katrina hit and after the levees failed the basement was flooded that shutdown the Hotel.

Our first visit back to New Orleans was November 2005; we were the first consultants engaged by Maritz Wolff & Company for the restoration of the Hotel.  The damage witnessed was significant rendering the basement MEP equipment a total loss…though the new gas-fired heating systems survived!  The first step was to engineer a new chilled water plant to be located at an elevation above flood level as directed by FEMA; that would place the chiller plant on the Alley level (first floor).  Hellman & Lober investigated potential locations in the building for the central plant and eventually agreed that the first floor was the only structurally worthy location to install the chiller plant; the cooling towers on the roof were in satisfactory condition following Hurricane Katrina so that equipment remained.

While our property assessment report expressed concern with the air distribution system on the guestroom floors the insurance underwriters expected that the dual duct system would be restored; however the State of Louisiana State Fire Marshall stepped in and would not allow the original air handling system to remain in operation; it presented a serious fire liability.  Four pipe fan coil units were coordinated for installation in the guestrooms requiring new soffit details to conceal the units.  The ventilation air requirements under the International Building Codes allowed for guestroom make-up air ducted to each guestroom; that system included rooftop dehumidification units configured to distribute conditioned air to each guestroom.  The strategy also included a means to provide mechanical smoke management for each guestroom floor.  Construction started early 2006; included ordering equipment for the chiller plant, the rooftop dehumidification equipment and the guestroom fan coil units.  Installation began but was suspended incomplete in March 2007.

The Roosevelt Hotel opened October 23, 2009.  The guestrooms that were part of a lease with the Common Street building were not renewed.  The chiller plant that was planned for the ground level was not constructed rather First Class Hotels, LLC entered into an agreement with Entergy to connect to the municipal chilled water system extended down University Place to the Hotel.  The final room count is 379 standard rooms and 125 suites.  There are three floors of meeting spaces that include the International Ballroom for a total of 68,000 square feet.  John Besh’s Domenica Restaurant replaced what was originally Bailey Restaurant on Baronne Street.  Prior to Hurricane Katrina the Laundry had been decommissioned however as part of the reconstruction a new Laundry was constructed.  One reason not to construct the chiller plant on the first floor was to make room for the Guerlain Spa.

It didn’t come as a surprise that once the building systems were installed and operational even the most energy efficient equipment when compared to the energy consumption of fan systems and equipment that did not function or operate, the energy usage went up.  Finnin & Associates was retained by Dimension Development to investigate opportunities to improve the energy model of the building; that brought Hellman & Lober back into the Project in 2012 to help define potential systems for improvement.  The Hotel’s pre-Hurricane Katrina domestic water booster pump systems were re-built and re-installed during the initial construction.  While we had reservations with that decision we did not have operational data to support our concerns.  Finnin & Associates installed temperature and pressure sensors in the existing pumping systems and tracked those findings for 6 months which conclusively supported our concern that the system was not properly re-furbished or properly re-installed.  Hellman & Lober confirmed flow rates based on the current configuration of the hotel, defined the required delivery pressures, and confirmed the water pressure from the City.  With that data we selected new pumping systems that included variable frequency drive technology for the pump motors and a control sequence that would disable the pumps when the hydro-pneumatic tank pressure could properly maintain the water pressure.  Sensors continued to be monitored and for a period of 6 weeks following the installation of the new pumps, the charting resulted in an 80% reduction in electrical demand that resulted in an annual reduction in energy usage of over 300,000 kWh representing a savings of over $24,000.00.

Click to here view the Construction Drawings for the Renovations. 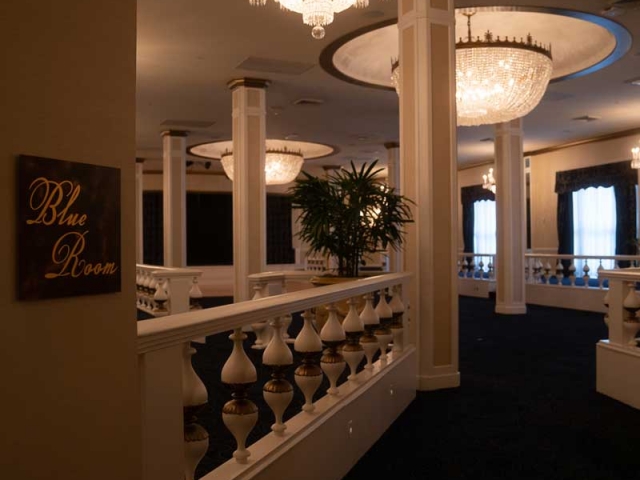 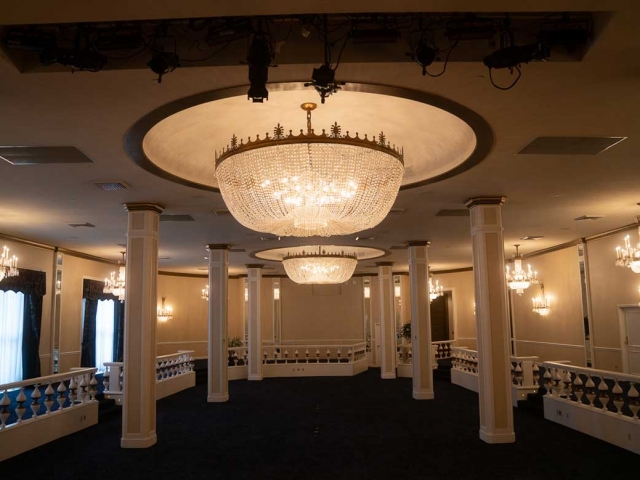 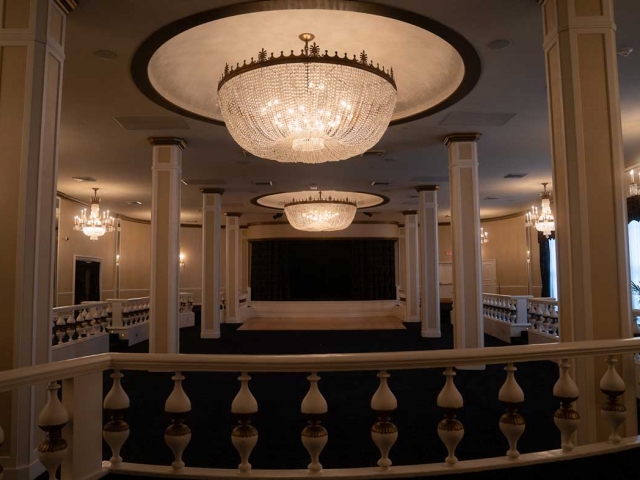 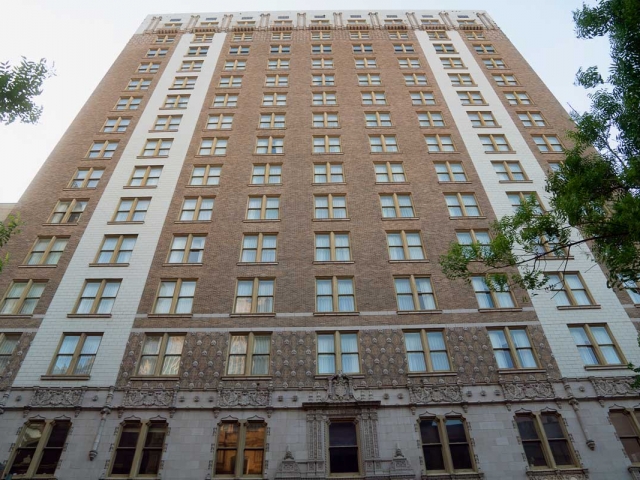 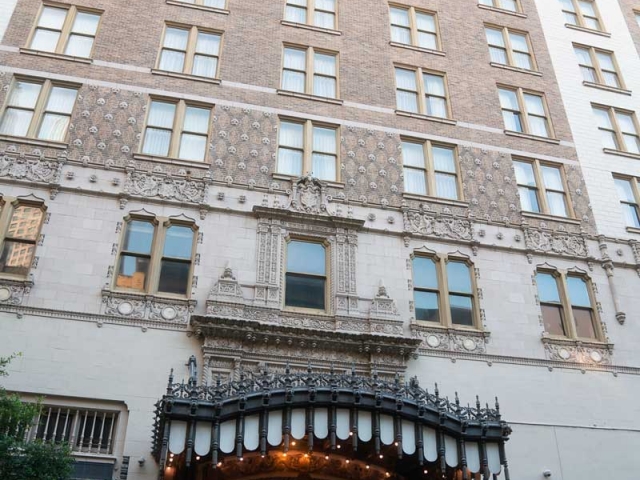 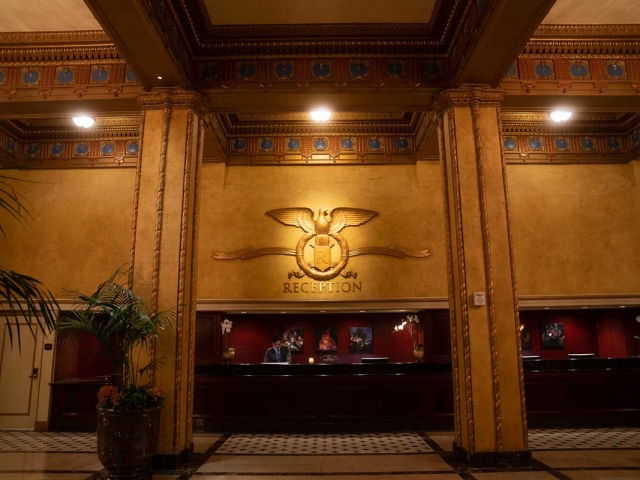 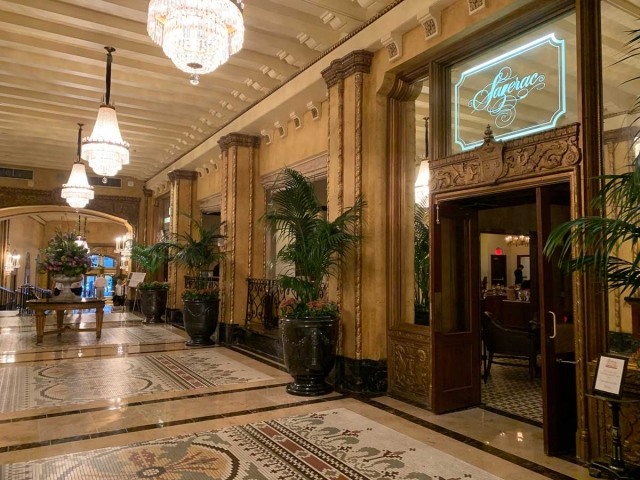 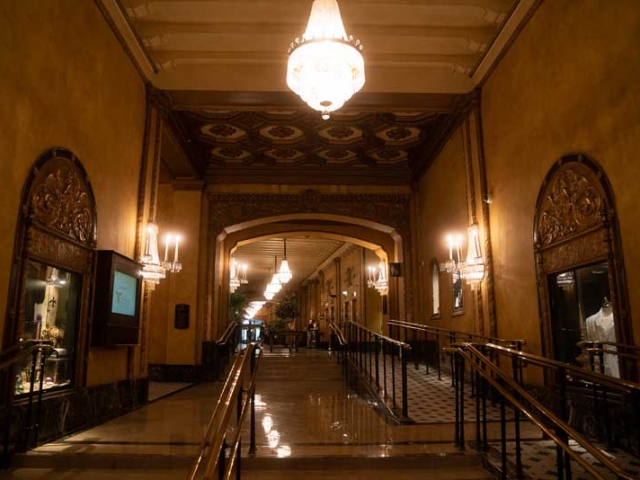 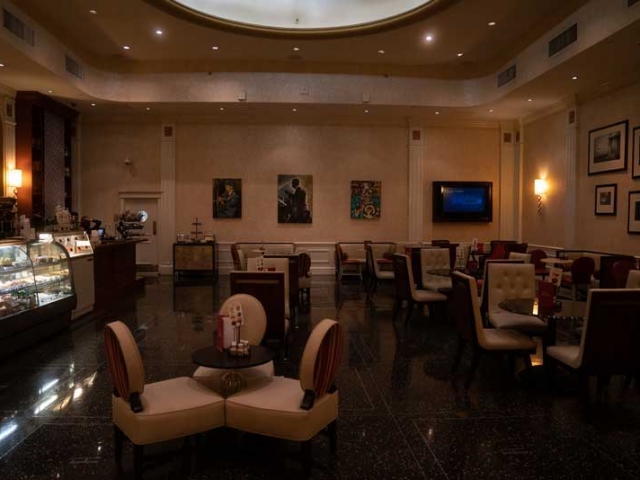 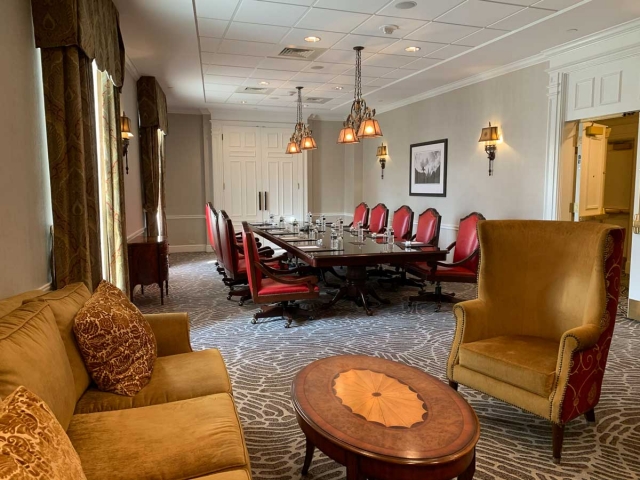 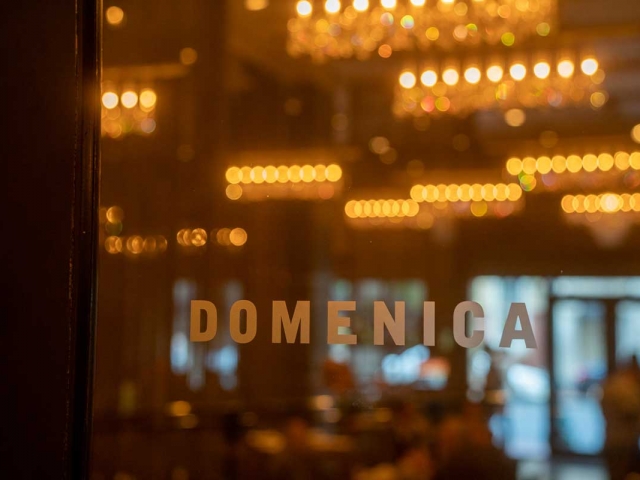 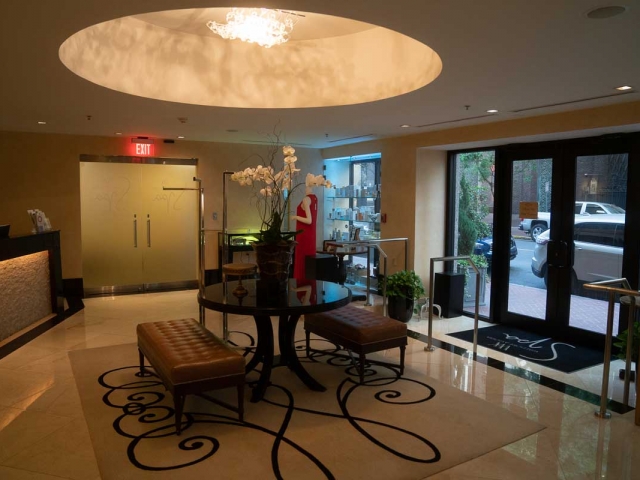 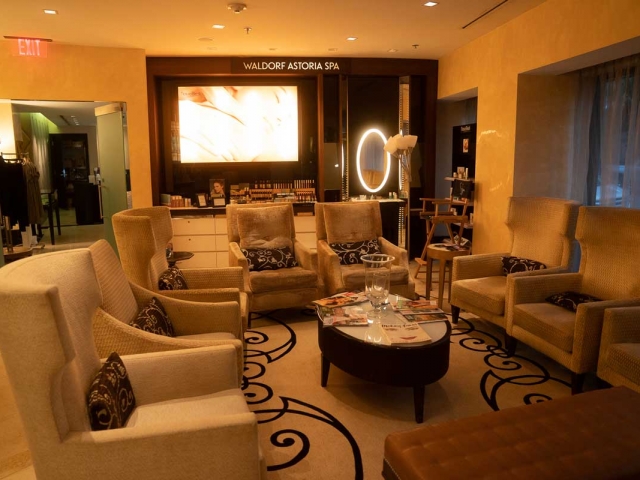 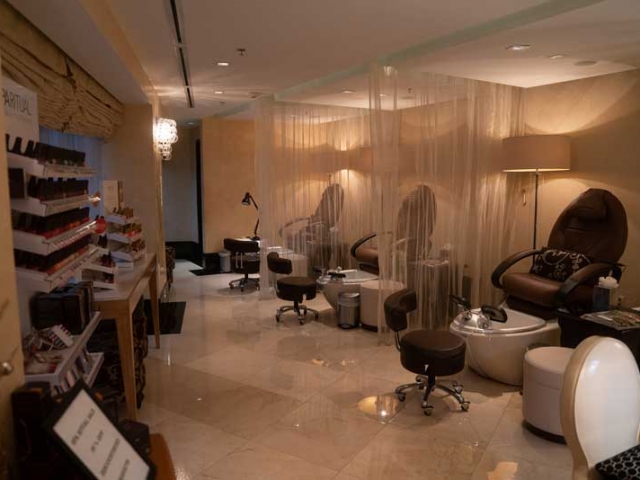 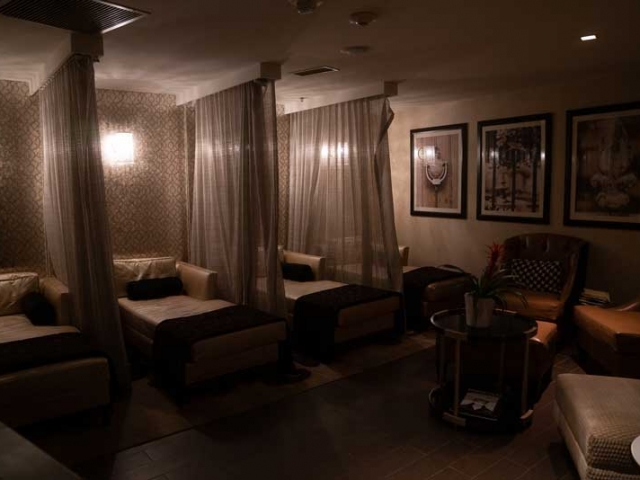