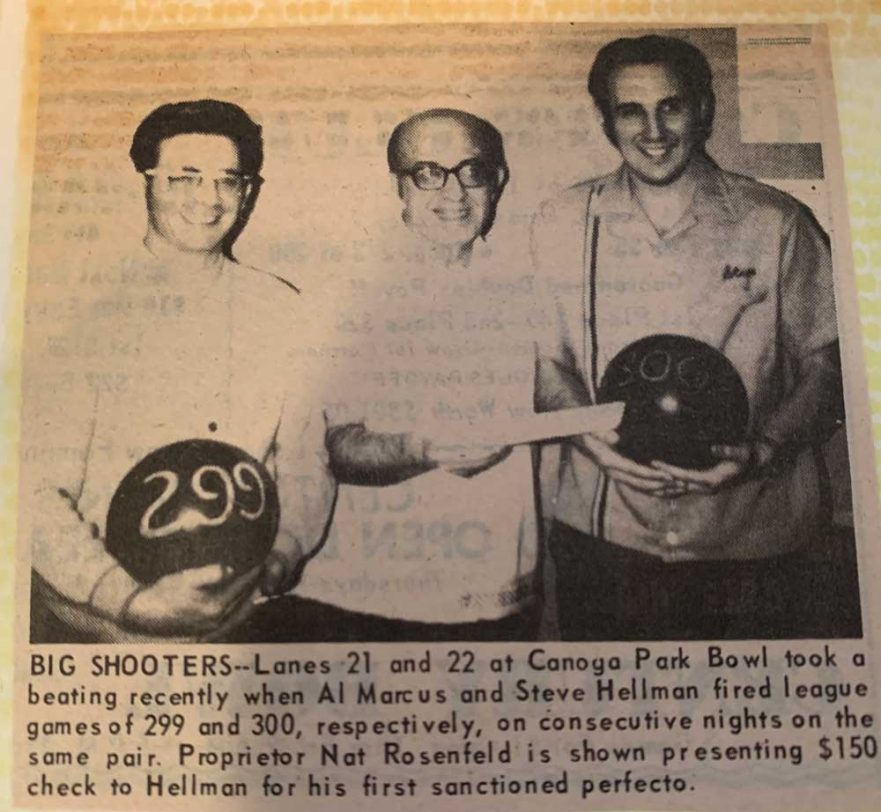 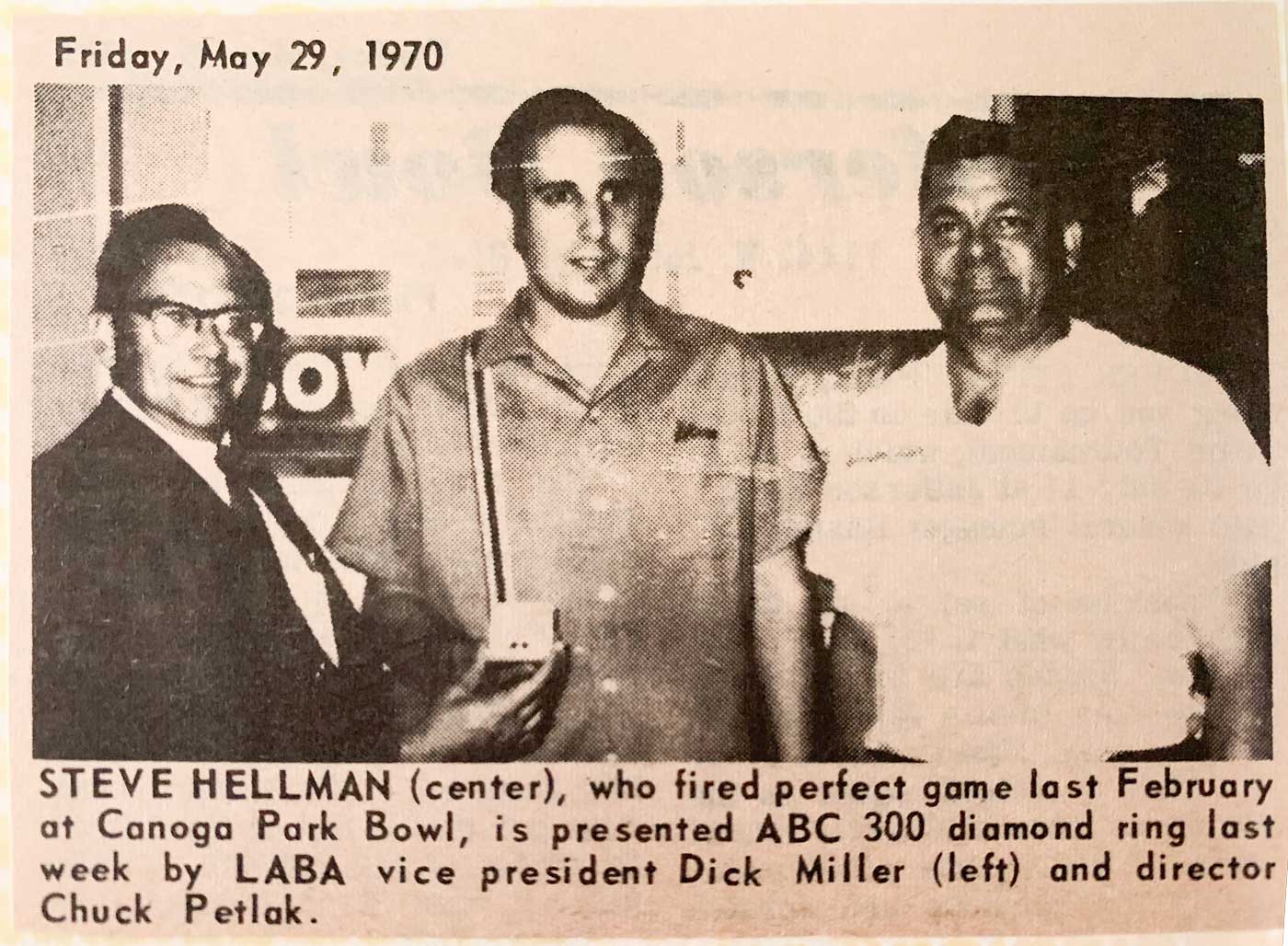 There was a time Steve was interested in pursuing another career...

Most of you don't know Stephen Hellman was an avid bowler participating in adult bowling leagues most of his young adult life.  On February 26, 1970, during a Thursday night league, he bowled a 300 game that was later sanctioned by the American Bowling Congress.  In 1970 Stephen started competing in regional amateur bowling tournaments.  He entered a summer-long tournament at Arcadia California Bowling Square Center.  The 5 game set of 1111 was the highest scratch series for the tournament and winning the scratch division of the tournament. 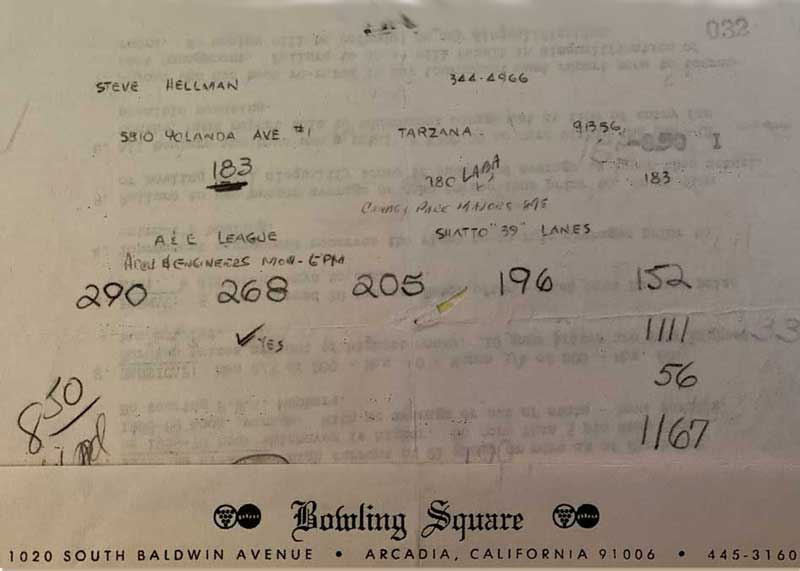 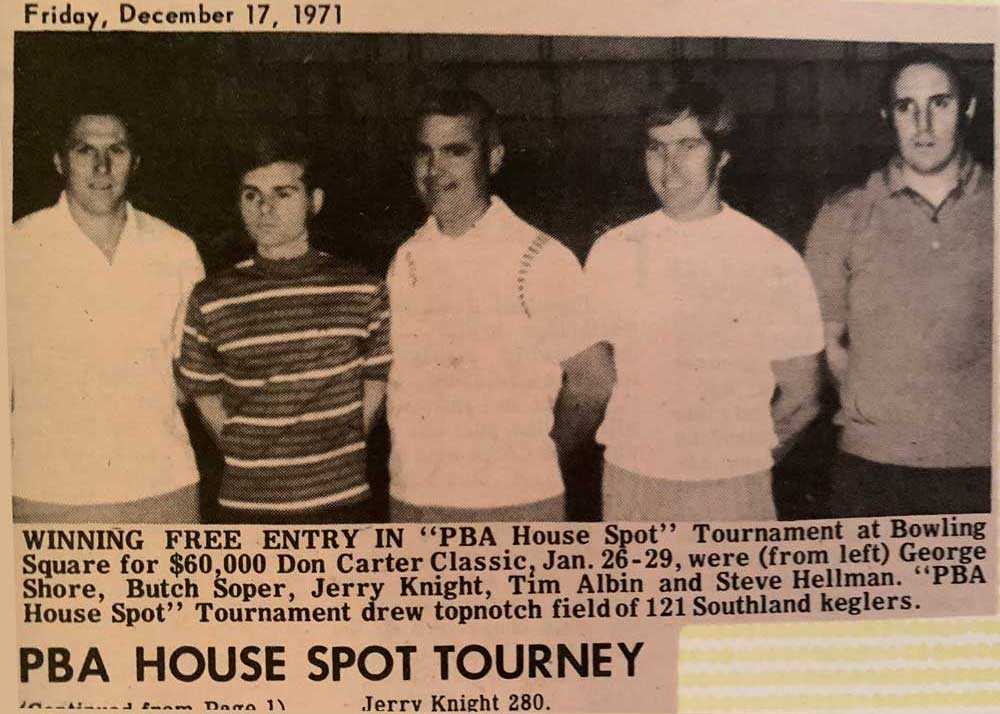 Bowling Square was to host the 1971 Professional Bowling Association weekly tournament and in November 1970 had its own tournament to award cash prizes and 3 guest PBA spots in the tournament.  There were 128 entrants on Saturday and the top 10 would compete for the pro spots and cash award on Sunday…by 2 pins Stephen Hellman made the top 10.  On Sunday during match games, he finished in 5th place…however, the rules for the tournament was that any PBA member participating in the tournament was eligible for the cash awards but not the pro spots.  The 1st and 2nd place winners were both PBA members and Stephen was awarded the last PBA pro spot.

In January 1971 he participated in his one and only professional bowling tournament.  Tuesday and Wednesday consisted of 3 six-game sets reducing the field to the top 24 after the 18 games.  While I finished with an average of 197 it was not even close to qualifying for the finals.

It was during that tournament that he realized that professional bowling would not be a wise career path though he jokes it got him a spot on television… at the time Johnny Petraglia was the hottest bowler on the circuit.  Monday prior to the Tuesday start of the tournament the bowling center was open to all the pros to practice.

Stephen was practicing on the pair of lanes next to Johnny and he noticed that a film crew had entered the center.  Keith Jackson of ABC news with his film crew were there to interview Johnny ahead of the start of the tournament.  While the crew was setting up for the interview just before he took his last shot the lights were turned on… but his back was to the crew.  They were required to have shirts made that had their names on the back and had to wear that shirt during practice.

“I took my last shot…”blew the rack”…got a strike, packed up and drove home.”

The 11:00 news came on and the sports anchor said that Keith Jackson had been at Bowling Square to interview Johnny Petraglia…they went to film which at the time he didn’t realize that he was on camera… there he was bowling on television before they panned to Keith and Johnny for the interview. 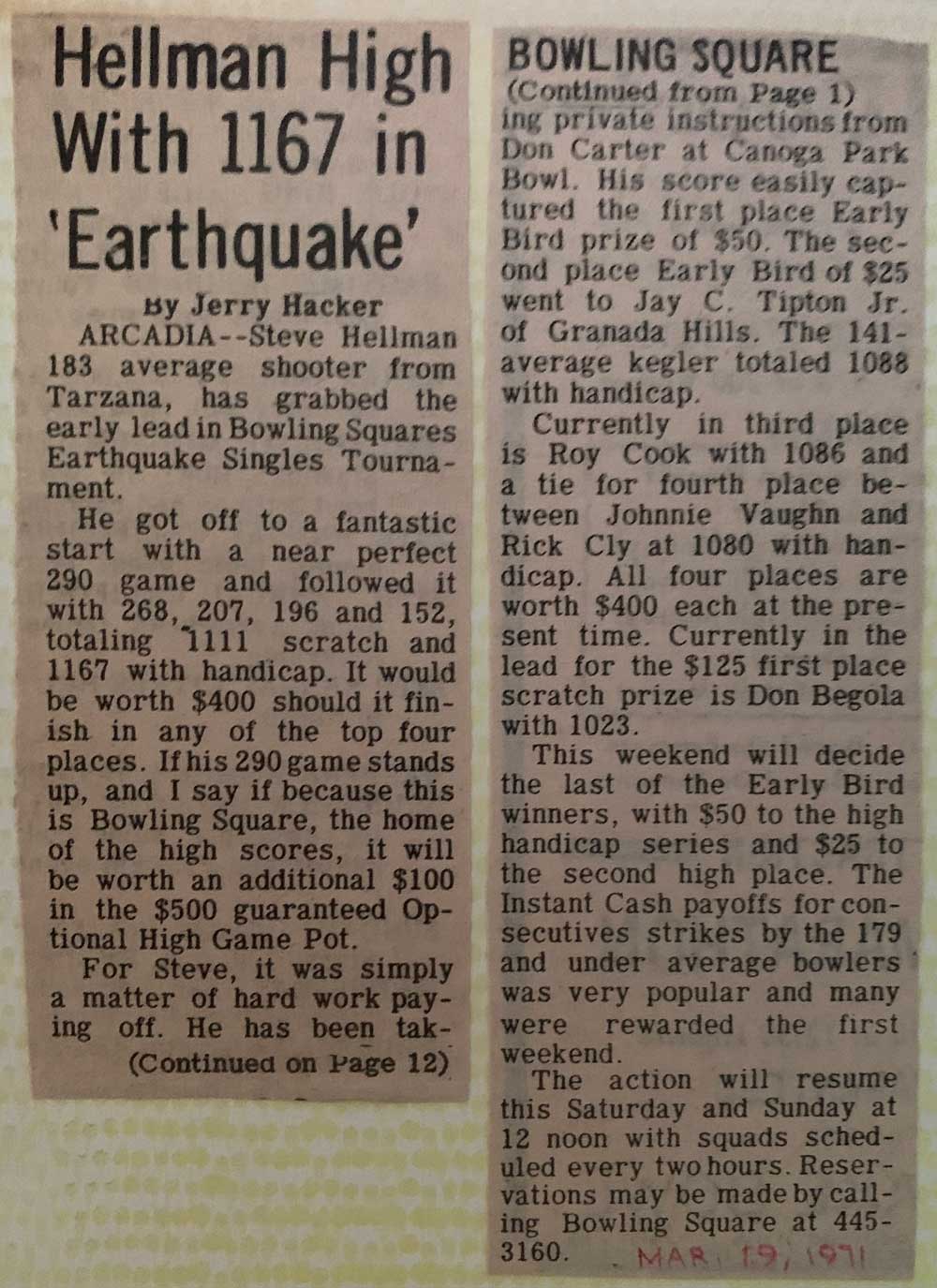 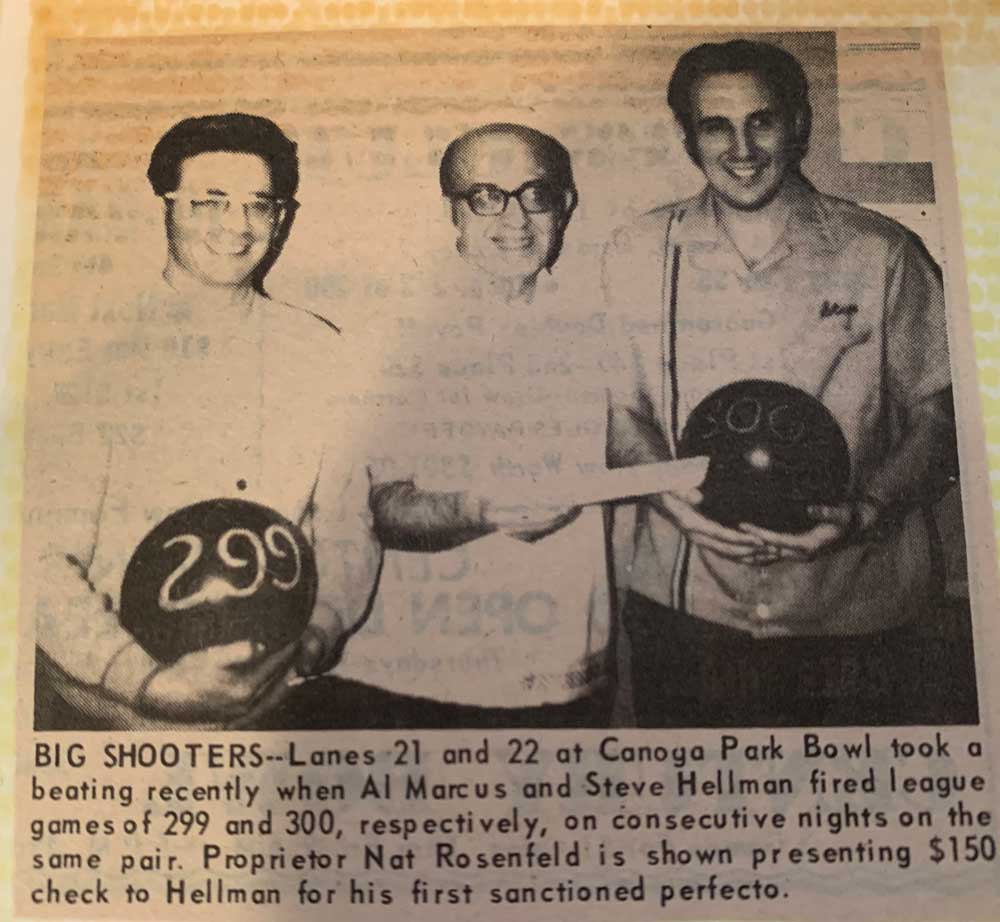 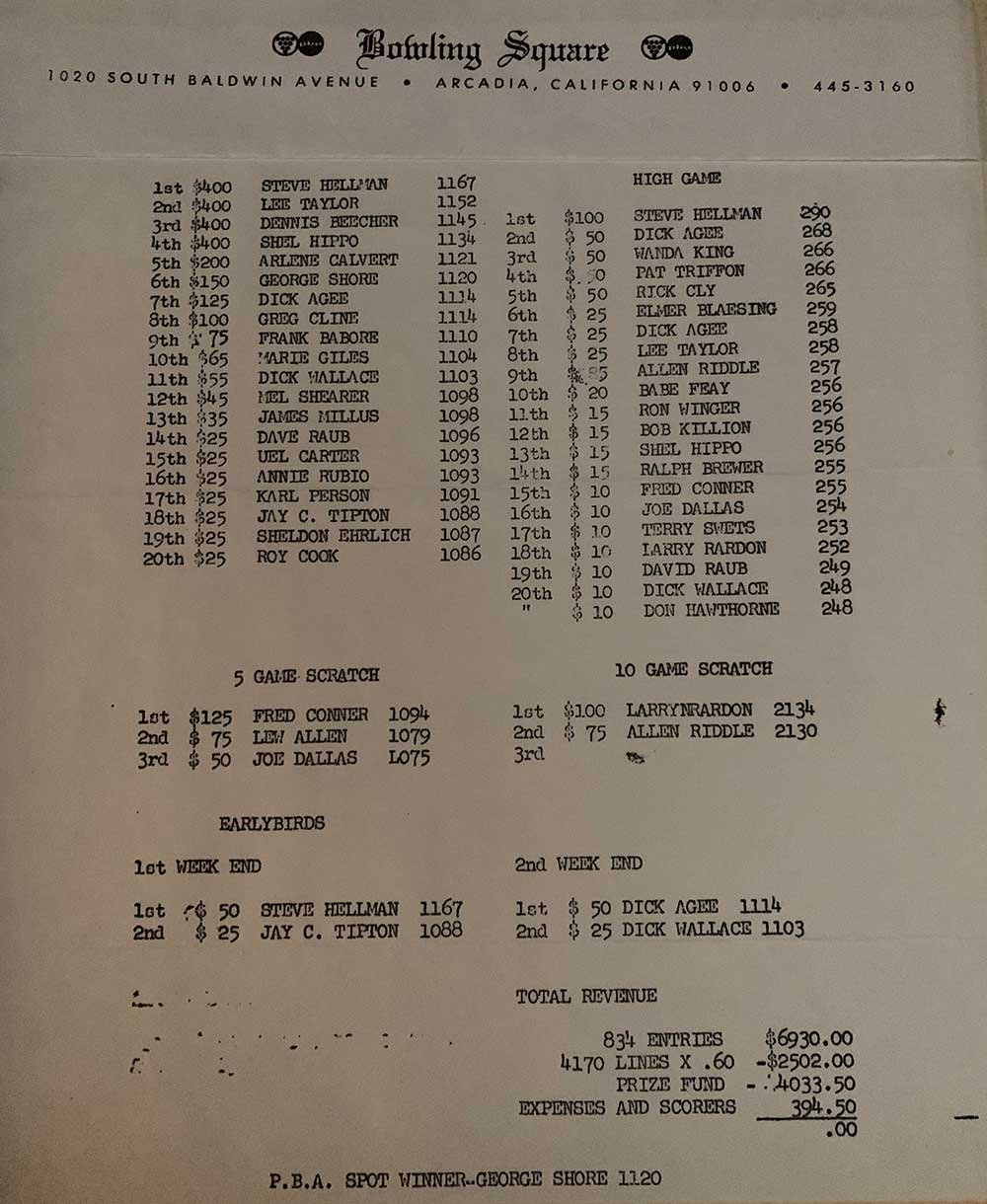 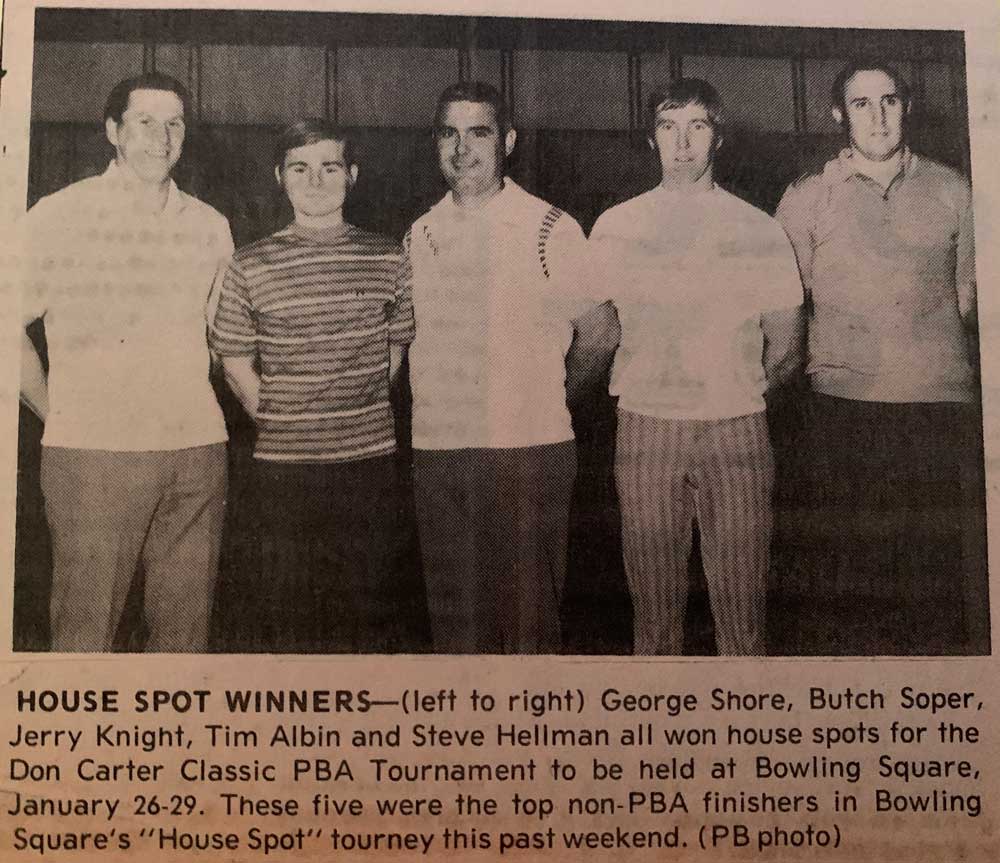 It was an extraordinary experience and he continued to bowl until he hurt his  back on a project site in 2008…but it lives as one of my favorite experiences. 🎳 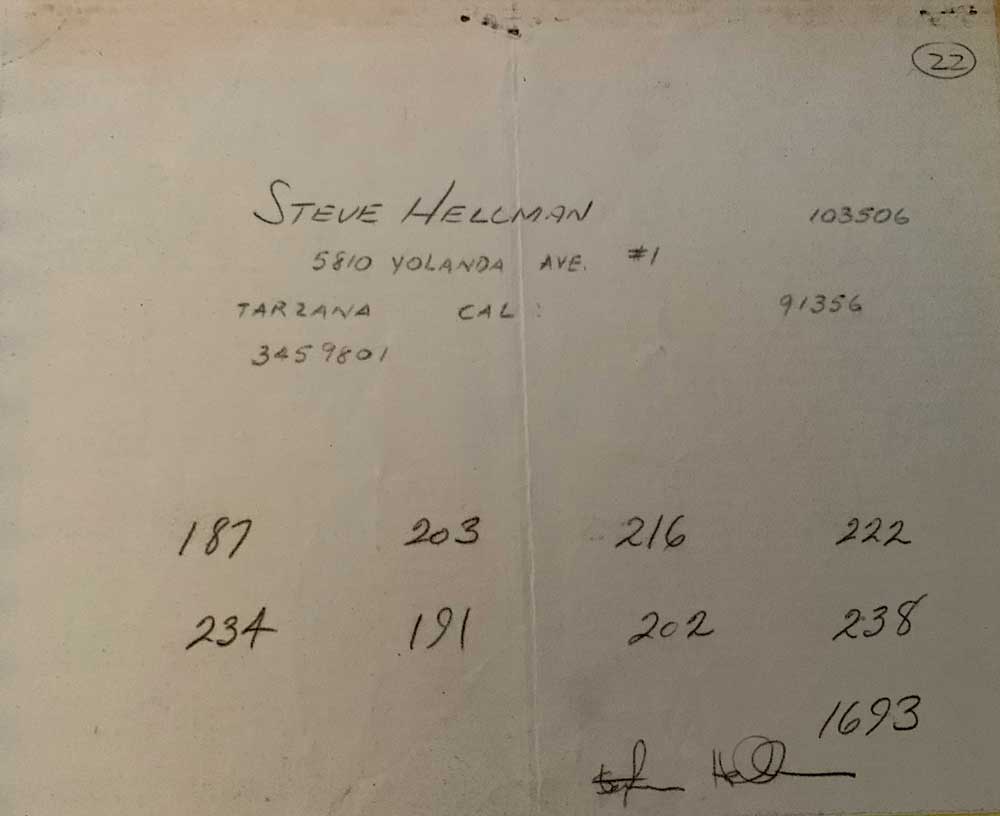