Stephen Hellman graduated from Santa Barbara College with an Associate of Arts degree in 1969.  Worked summers through High School and College.  Started full time with Hellman & Lober in 1969.  Elected to work for other firms 1975 through 1979.  Returned to Hellman & Lober in 1979 and took over the management of the firm in 1985.

Pursue opportunities within the Architectural and Development communities and develop proposed mechanical and plumbing infrastructure strategies early in the design process.   Manage the mechanical and plumbing engineering staff overseeing and providing quality control of the Projects.  As a last review of the Project is responsible for the development of Division 21 Fire Protection Division 22 Plumbing and Division 23 Heating, Ventilating, and Air Conditioning specifications.

Stephen coordinated with the 1984 Los Angeles Olympic Organizing Committee to adjudicate requests by a local university to expand their dormitory domestic hot water distribution to house the international athletes during the Summer Games; was able to demonstrate a means to maximize the current systems resulting in the Committee not agreeing to expand the systems…and was later recognized by the Committee. 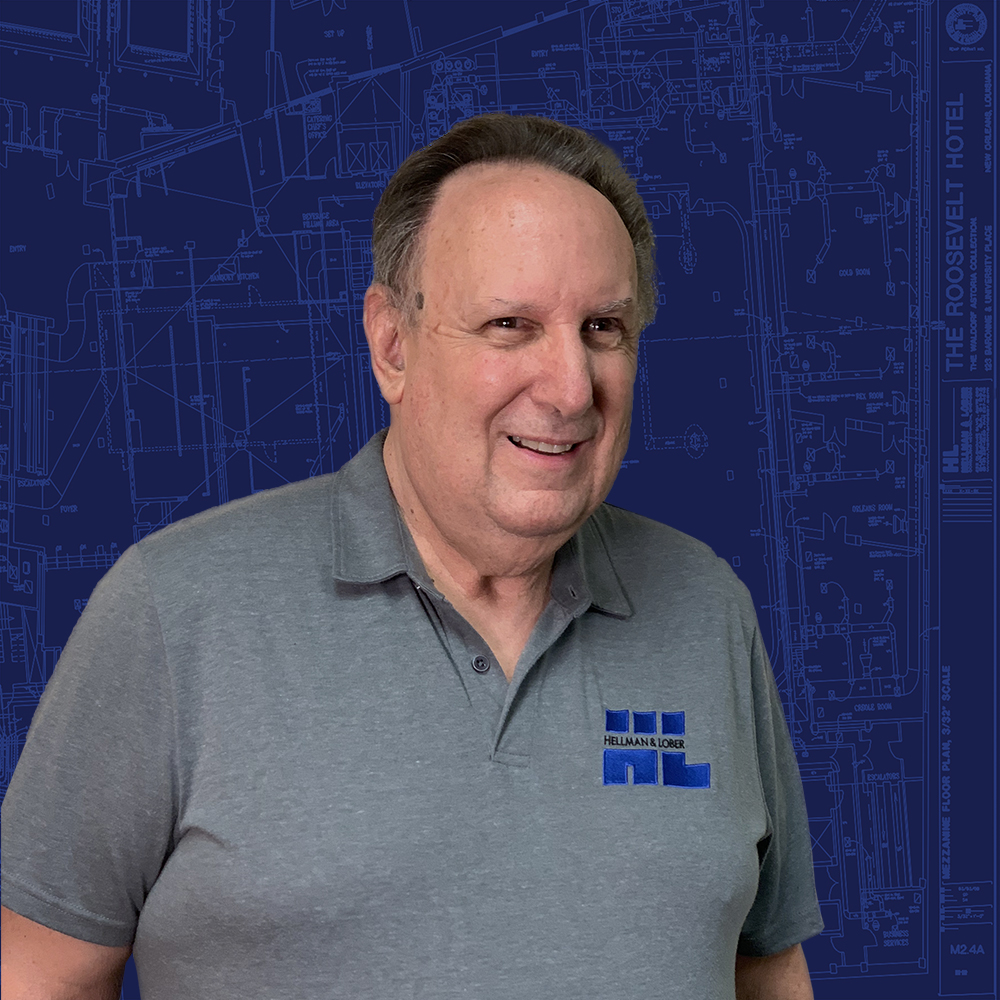 The Fairmont Hotel New Orleans prior to Hurricane Katrina was owned at the time by Maritz  Wolff and Company.  A Capital Expenditure investigation was managed by Stephen Hellman capturing the mechanical, plumbing, and electrical infrastructure and evaluating the foodservice operations and the laundry services.  The initial finding focused on the heating plant which was engineered and constructed prior to Hurricane Katrina.  Following Hurricane Katrina, Stephen Hellman was invited to New Orleans to assess the damage sustained to the mechanical infrastructure.  The project, the hotel management, the consultants and the construction team influenced the project and Stephen's career.

In 1985 when Stephen Hellman took over the operation of the firm he made a focused decision to pursue principally Hospitality projects with an emphasis on renovation.  The hospitality projects around the country should all be cherished and restored rather than torn down and replaced.  Restoration projects can be extremely challenging but there are opportunities to improve the infrastructure of these properties and improve the guest experience at so many levels; the guestrooms, the ballrooms and meeting rooms, health and wellness spas, restaurant casual and fine dining and of course cocktails… gathering places for family, friends, and business associates.  If hospitality restoration is being considered, we should be at least your second call…!