He was selected by Shuwa Investments Corporation, Tishman West Companies and Shearson Lehman Brothers to develop the fire protection retrofit design to effect fire sprinklers for four high-rise office buildings in Century City, City of Orange and the City of West Hollywood. The assignments required Hellman / Lober, Inc. to assume the prime consultant role which included construction administration roles not normally under the province of an engineering consultant.

In 1997 Wolff DiNapoli in Los Angeles and Maritz Wolff in St. Louis selected Hellman / Lober, Inc. to provide consultation services to their chain of Fairmont Hotels and Four Seasons Resorts. Projects that the firm has renovated includes the new Tower at the Fairmont in San Jose, California, the Chilled Water Plant Improvements at the Fairmont Dallas, Texas, a major retrofit of the Hot Water Boiler Plant at the Fairmont New Orleans, improvements to the Chilled Water Plant at the Four Seasons Hotel Houston, and guestroom HVAC for the Four Seasons Resort in Nevis to achieve positive pressurization to mitigate damaging infiltration of humid air.

Wolff DiNapoli requested that the firm evaluate a previous proposal to provide air conditioning for the Four Seasons Biltmore Hotel in Santa Barbara; a property until 1998 had only hydronic heating for each guestroom. Previous consultants had suggested adding a chilled water system which would include an extensive installation of underground piping and a full chiller plant at a cost greater than $2.0 Million for the 96 guestrooms. Concerned with the cost Hellman / Lober, Inc. proposed converting the existing hydronic piping system to a condenser water system that would require the installation of an Evaporative Condenser on-site and re-use the existing piping; the budget was slightly greater than $1.0 Million. Each guestroom would receive a water-source heat pump in lieu of the console heater. Following the engineering and installation, the project was completed at 25% less than the projected budget by HLI and was done seamlessly not interfering with daily business of the resort.

Project types include healthcare, laboratories, hotels, and college campus projects. Herewith is a sampling of the projects under the direction of Stephen Hellman:

Steven Phillips graduated from P.I.P.E in the city of Compton. Was in Plumbing Union Local 78 in Los Angeles. Attended AUTOCAD courses while living and working in Las Vegas as a Plumbing Detailer for a Plumbing Contractor.

Steven has been in the Plumbing industry for 26 years.  Worked for Plumbing Contractors from 1992 until 2001 joining Hellman & Lober in 2001.  Steven bridged construction experience with plumbing design setting the standards for the firm for AutoCAD presentations. 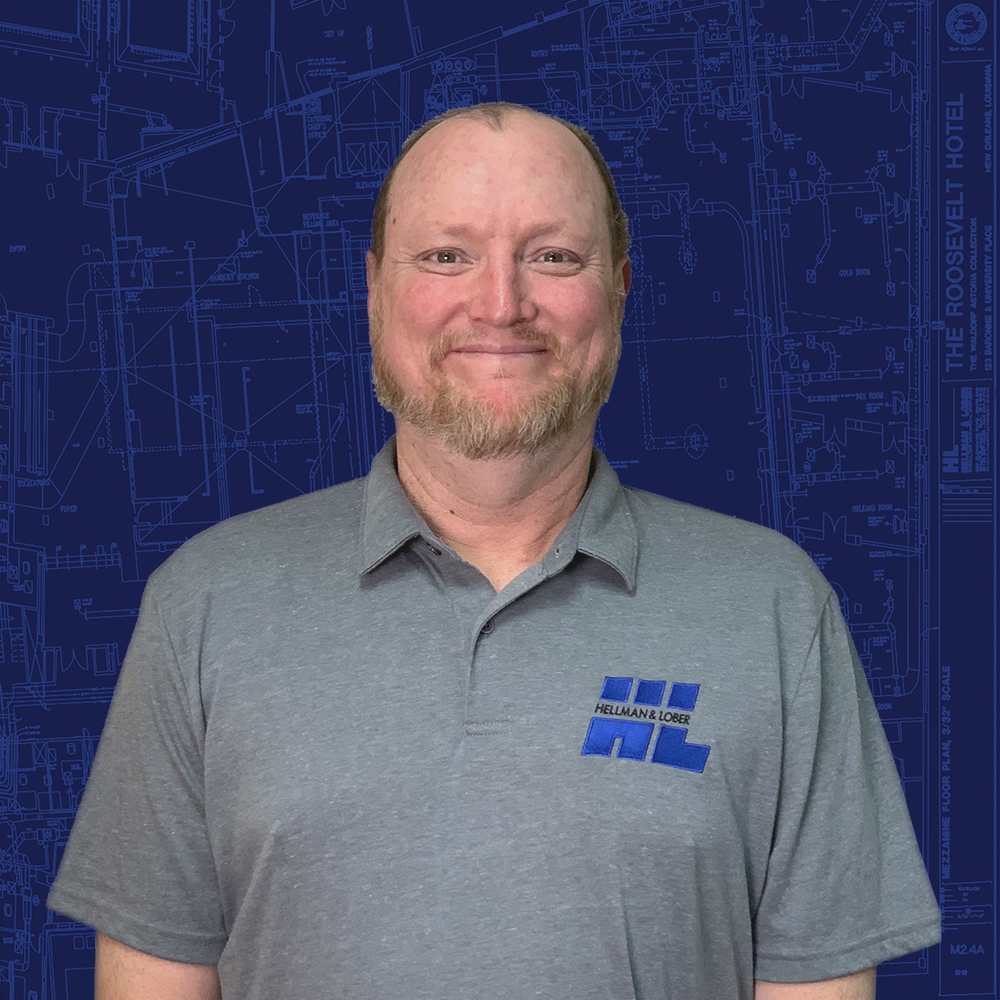